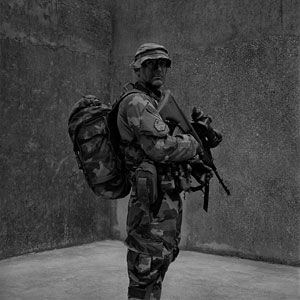 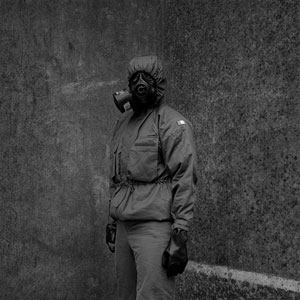 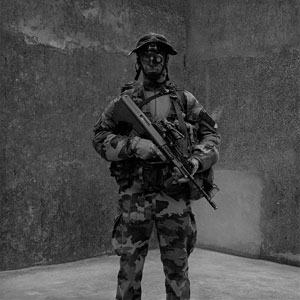 Northern Light presents work by photographers that examines the history of the conflict in Northern Ireland specifically and places it alongside other contemporaneous events internationally. As the U.K. prepares to leave the European Union in 2021, it is an opportune time to reflect on the shared history of Ireland and the U.K. as 2021 also marks the centenary of the partition of this island and the civil war that ensued. In the hands of such accomplished artists exhibited here, concepts of borders (real or imagined) and the consequences of demarcating territory are engaged with incredible sensitivity and imagination.

The exhibition begins with the present day and sublime images of the landscape; however, these images also hold secrets as various infrastructures, particularly of surveillance, reveal themselves. These are followed by images of landscapes that were sites of atrocities and conflict; the highly aesthetic photographs at odds with their content. Also showing are images that reflect on the impact of conflict on children and civilian communities. While images from the height of the conflict in Northern Ireland offer a salutary reminder of our recent past. The Troubles were photogenic, and problematically so. But what this collection shows us, is that the greatest photographers are precisely the ones who managed to steer clear of voyeurism, of the immediate appeal of the ‘sublime violence’; those who managed to rise in order to express what ran beneath the surface.

Previous exhibitions from the David Kronn Collection are Out of the Dark Room in 2011 and Second Sight in 2014. 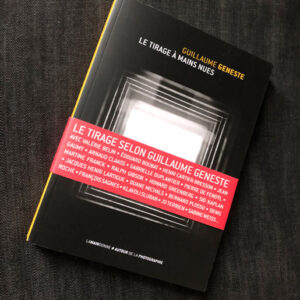 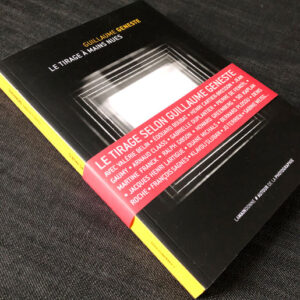 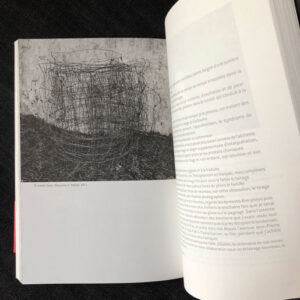 Blind  – The Magic Of Photo Printing As Told By Guillaume Geneste

My short text included in the book as follows :

To enter the darkroom, the sacred place, quite, calm bathed in low light, red light .
The ritual, making the arrangements for time to spend in the darkroom making prints together .
Arriving in Paris, from Dublin, Ireland with all of the expectation, anticipation, excitement, and fear .
Pressing the code for the street door, it swings open, stepping inside, the corridor leads to the door of the Laboratory.
The hanging bells announce my arrival as I push the door open, that moment of reacquaintance, a smile on Guillaume’s face .
Order, calm, prints drying, apprehension, impostor syndrome, coffee and I take a deep breath .
I hand over the negatives and the interpretation will begin .
The curtain of dark fabric is pushed aside and we enter the world of alchemy.
Guilliaume brings another layer of interpretation to each image, those years of handing film paper and chemicals
His incredible knowledge of the medium of the black and white print, intuition and experience.
The ability to grasp at an implied emotion and translate it.
Sometimes we talk . Sometimes not . Mostly in French, loosing my inhibitions about my scrappy grasp of the language in the dim light.
Always we have lunch early . We talk about photo books and family.
Always I learn something new, about this obsession, the silver gelatin print , about my work, other photographers work
I see each image in a new light, watch the test prints being folded and discarded.
I think about working harder when I am next on a headland watching the day glide over the land. Waiting .
The dry and finished prints, full of my intended emotional content and more, rarely disappoint when I collect them the following day .
I leave with a box under my arm and make my way home from Avenue Jean Pierre Timbaud, a backward glance to Opera Gariner as I pay for my fare on the Roissybus to the Airport .
This box will next be on my table in Dublin, the ceremony of opening it and regarding our work together in different light, Irish light . 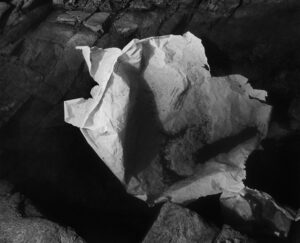 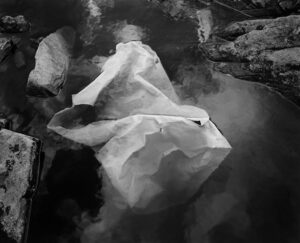 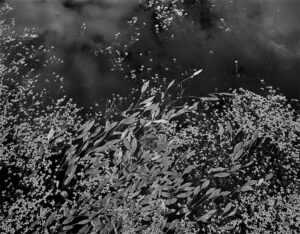 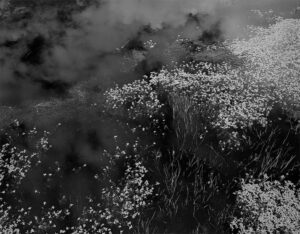